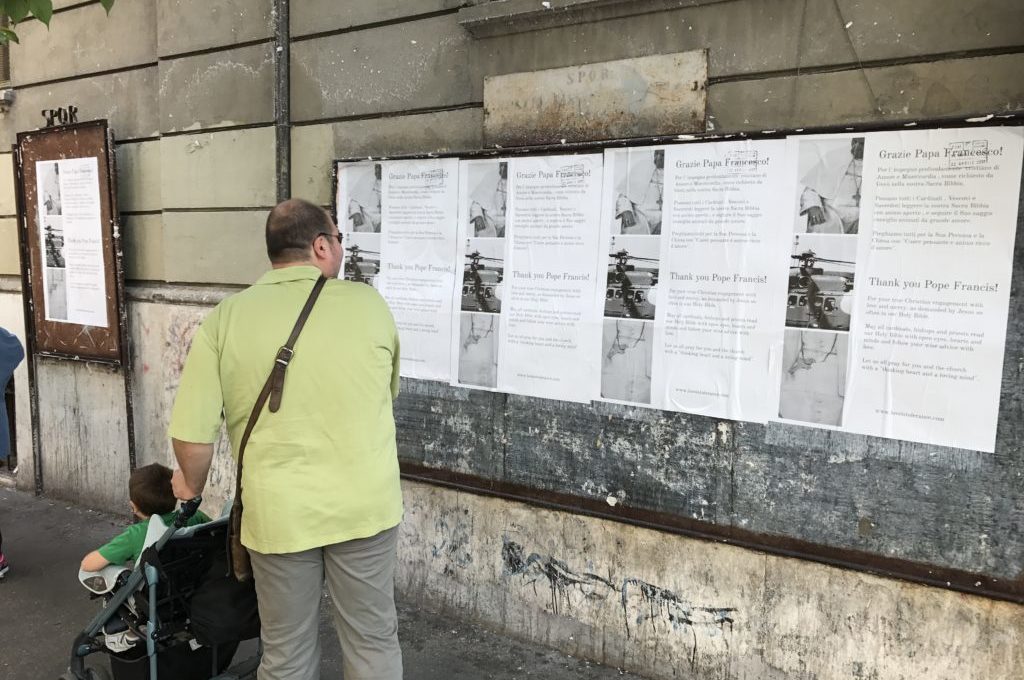 The independent Global Tolerance Initiative supported the intense promotion by Pope Francis of love and tolerance, including inter-religious dialogue, with a political art action in Rome Easter 2017.

Two months before an anonymous group had attacked the Pope and his reforms with negative posters.

“We celebrate with this action a Pope of love, tolerance and mercy. We represent the majority of people, not only Catholics, who admire Pope Francis for his crystal-clear vision of Christianity with a lovely smiling face of deep humanity. In times of so many crisis, wars, refugees and hate, he is our Lighthouse of Hope Easter 2017, whether you are a Christian or not”, tells Dr Hubertus Hoffmann, founder of The Global Tolerance Initiative.

The Berlin-based activist and artist initiated this street art action and took the photos of Pope Francis during his visit in the Holy Land, together with Tom Lemke, for their project The Champions & the Art of Tolerance.