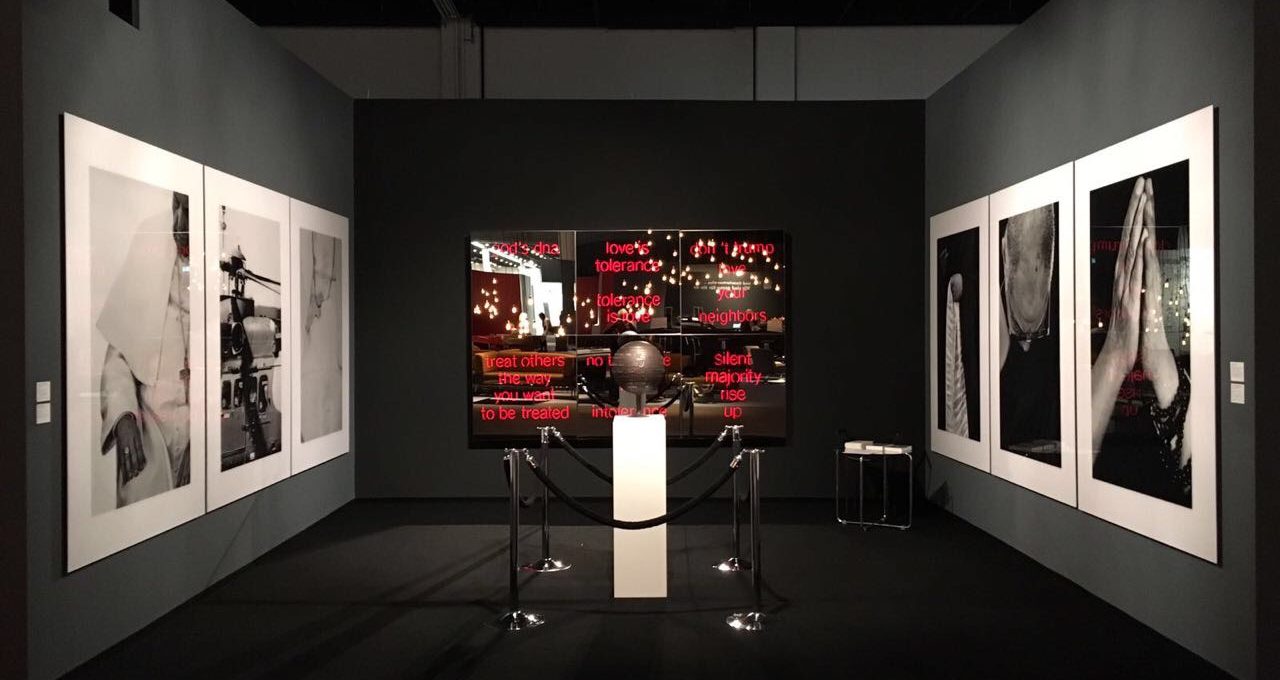 In a world of too many conflicts – from the Holy Land, via Syria, or Iraq to Afghanistan or Ukraine- The Art of Tolerance is a plea for more cordiality, humanity, and human kindness on a burning globe. In our global village of 7.5 billion individuals with so many ethnic backgrounds, races and religions we all have to make tolerance great again, using art as a tool of public awareness.

It is political action-art – in the tradition of Yoko Ono, Joseph Beuys or Ai Wei Wei – using art to promote awareness and social responsibility

n all areas of the world we find small and large best practices, the wisdom of tolerance and Champions of Tolerance. Let’s learn from their different arts to promote humanity.

Radical populists endanger our open and tolerant societies in many countries around the world. They are a minority, yet very vocal. The media focus their attention on its aggressive actions. We run the risk of a spiral of radicalization. The majority keeps silent and leaves streets and attention to the radicals.

These political art projects – designed by Hubertus Hoffmann – want to change that and set a visible sign for the ethos of tolerance. Strengthen the “We” instead of “I”. Emphasize our commonalities, the good, humanity and open-mindedness. Advocate for the principals of the United Nations and ethos of law and order. Beyond partisan boundaries in a spirit of pluralism.