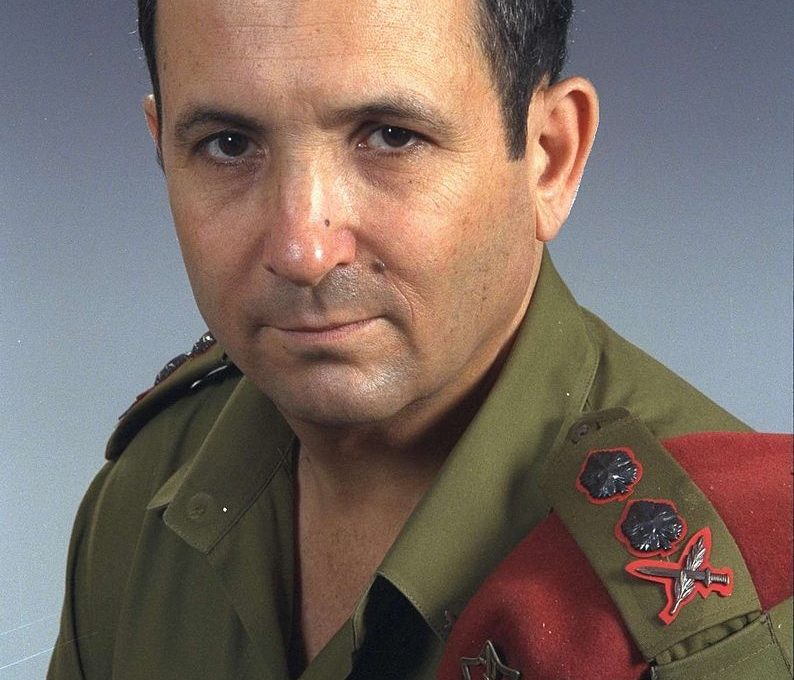 Some regard him as an Israeli hardliner, some consider him as too soft. Now Ehud Barak, former Prime Minister of Israel, Minister of Defense and Chief of Staff IDF, tells Director Hubertus Hoffmann in the film LOVE IS TOLERANCE – TOLERANCE IS LOVE, how important it is for the promotion of tolerance in any society:

‘The default of a human society is to drift gradually towards xenophobia, towards hatred of foreigners and discrimination of religious and ethnic and other minorities. It helps the majority to define itself of something of value. The closing of this gap is the major aim of the whole society.’

Ehud Barak is the most decorated soldier in Israel. As a member of an elite unit, he rescued the Jewish hostages in Lod Airport in 1972 and in Entebbe Airport in 1976. From 1991 until 1995, Ehud Barak served as Chief of Staff for the Israel Defense Force. As a long time soldier, he learned not to hate the other:

Instead, Barak was looking for a peaceful solution:

‘The effect that I spend decades, a generation and a half, in uniform, looking at our Arab neighbors through the sides of the gun, made me somehow more open, to do whatever it takes to put an end to it. Because the role of the soldier is to fight when there is no other alternative. But the role of a statesman is to find a way to overcome the hatred, and the wave of blood and memories and graves on both sides, to make sure that the next generation will have the possibility to have a better and easier life.’

‘Clearly independent from our religious belief or non-religious at all, we are all sharing our humanity. This is our greatest gift. We should educate ourselves never to forget it.’

At the end Barak demands an active policy promoting tolerance of any society and state:

‘Tolerance, respect for religious and ethnic minorities is a continuous, challenging task for any society, because the antagonism, the ethnocentrists, the collective egotism is deeply rooted in human nature. We have to act on an individual, a collective and education levels to fight against it continuously.’

The crew of LOVE IS TOLERANCE – TOLERANCE IS LOVE visited Jerusalem – a spiritual center for Jews, Christians, and Muslims. The Holy City in the Holy Land. Can the holy spirit of Jerusalem promote tolerance between Muslims, Christians, and Jews? May we find tolerance here, besides hate and terror? Reconciliation and even love for one’s neighbor?

The two holiest sites in Christianity are in the Church of the Holy Sepulcher, the site where Jesus of Nazareth was crucified; and an empty tomb in a place called Golgotha, where Jesus is said to have been buried and resurrected. For 1,300 years, the Muslim Nusseibeh family has been the guardians and door-keepers of the Holiest Church of Christianity. Wajeeh Y. Nusseibeh praises in the film what Muslims and Christian share in their religions, “You find Mary quoted 40 times in the Qur’an.”

William H. Shomali, the bishop of the Catholic Church said, “A famous pact was signed when the Muslims came to Jerusalem in the 7th century with full religious freedom. The city is a good example of good cooperation and a model for the future.”

We met Ismael Khatib, a Palestinian Champion of Tolerance in Jenin, a city in the northern West Bank. In 2005, Khatib’s son, 12-year-old Ahmed Khatib, was playing with a toy gun and was shot by an Israeli soldier; he was taken to a hospital in Haifa, Israel and died. A few hours thereafter, Khatib donated his son’s organs to save the lives of six children in Israel. Ismael Khatib mentions, “All religions agree on one thing – a culture of peace among all people. All religions aim for this. All religions begin with love and kindness. All mankind should respect one another. I hope that every family of all faith traditions will teach their children peace and love for one another. That’s the most important thing. First at home, then in the community, nationally, and global. This is the culture of peace that I want my children to live with.”

Yael Armanet Chernobroda, a Jewish woman from Haifa, Israel, is a charming Champion of Tolerance with a golden heart and a strong will for reconciliation. Chernobroda visited the family of the murderer who killed her husband in Jenin, Palestine. On March 31, 2002, peace activist Dov Chernorodawas was killed, along with fifteen other people at an Arab Matza restaurant in Haifa. 22-year-old Shadi Tubasi, a Palestine suicide bomber from Jenin, was motivated by Hamas terrorists. Chernobroda said, “I was visiting the parents of the suicide bomber who killed my husband in Jenin, as reconciliation between the two families and our nations. I asked the parents to remove the poster praising their son on the wall – which they did. This was their last son. I understood it was not easy, but I want that they respect me. My travel to Jenin was to build a common bridge. For me this is tolerance. We must speak with each other face to face.”

She continued, “When I walked with the mother in Jenin I hold her hand. The little granddaughter of the Tubasi family saw it. She was so astonished as I am; the enemy. Why walking hand-in-hand? Then she wanted to hold my hand too. She asked her father and grandfather – ‘May I?’ Both agreed.”

Her message is emotional – “Everybody who promotes tolerance, reconciliation, respect makes a step into a better future.”

The Sheba Medical Center near Tel Aviv is the leading hospital in the Middle East. It is a unique place for mutual humanity in the Holy Land. Its long-time director professor, Zeev Rotstein, said to the film crew, “In this hospital, you find many children from different origin and religions. Among them, a lot are our neighbors – the Palestinians who come from Gaza strip or the West Bank. We accept them willingly, with an open heart. We guarantee them the highest quality of care, the same we treat children from nearby.”