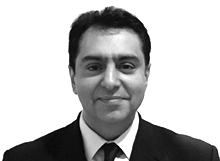 In the documentary LOVE IS TOLERANCE – TOLERANCE IS LOVE, Haras Rafiq, CEO of the Quilliam Foundation in London, and a leading expert on extremism in Islam, speaks about how the swamps of extremism come from a breeding ground of mosquitoes of terror ‘in the name of Allah’:

“The Muslim Brotherhood is the grandfather of all modern Islamist terror organization. They provide the political ideology for Osama Bin Laden and all of these groups.

In some countries, the Muslim Brotherhood is violent, in some they are not. We must challenge them.”

Rafiq speaks about the reforms in Saudi Arabia – “Now Saudi Arabia feels threatened. The so-called Islamic State (IS, ISIS, Arabic Daesh) is at their doorstep.”

“If we want to fix the problem, we have to help Saudi Arabia fix the problem at the source. The country should open the free market of ideas and different interpretations of Islam.”