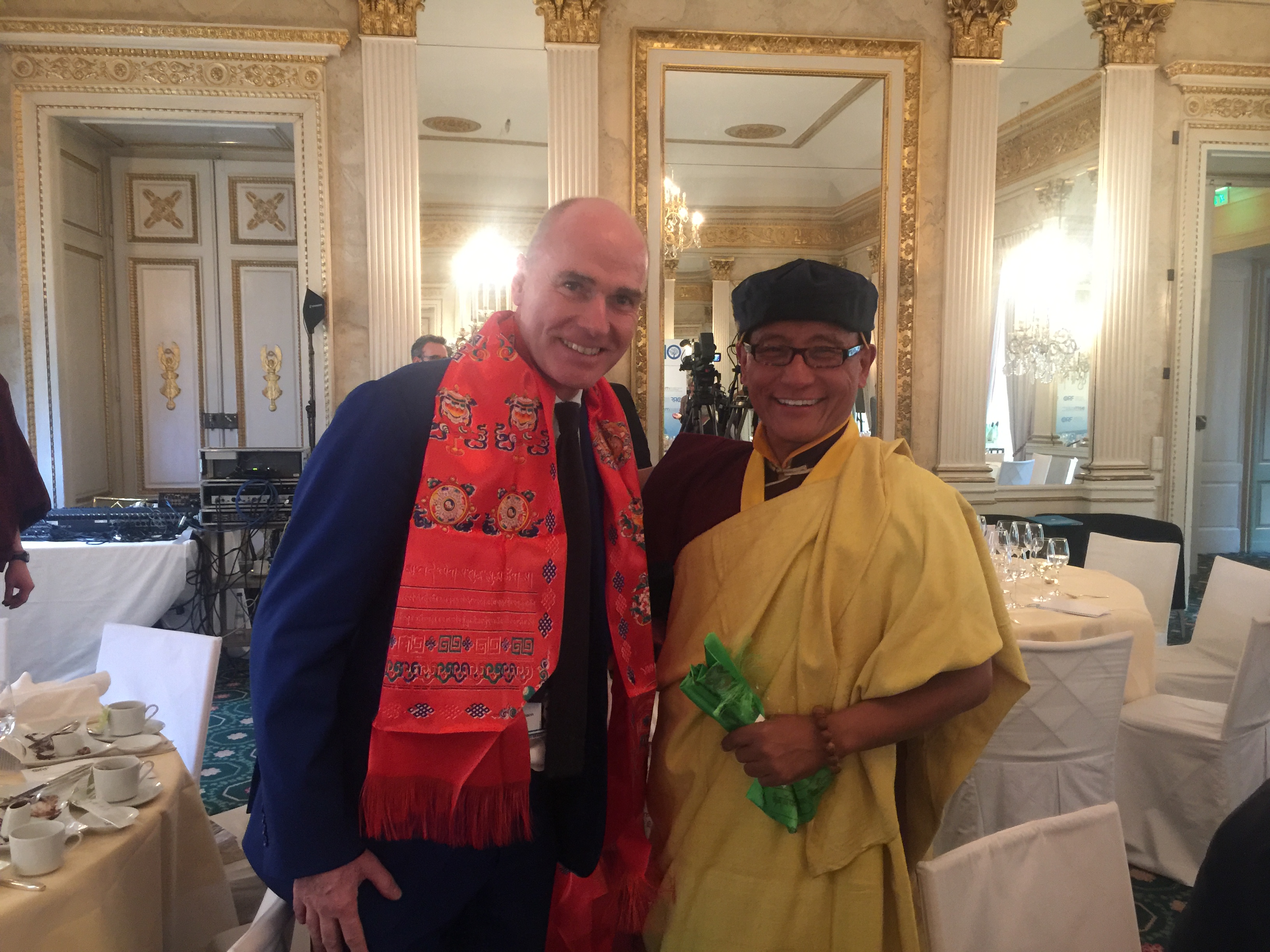 His Holiness the Gyalwang Drukpa is a world-renowned humanitarian and environmental activist from Nepal.

The Drukpa lineage is the grassroots school  of diverse Buddhism, celebrating diversity and active community service, with over 27 million followers worldwide.

The Gyalwang Drukpa received the United Nations Millennium Development Goals Honor in 2010 and is the leading advocate for Himalayan communities.

He summarized his beliefs in a nutshell:

“All we need is respect. For nature, all creatures, and human beings. A holistic approach to life.”

His focus is the Himalaya Mountains, where he lives near Katmandu in Nepal.

1.3 billion people depend on the water which springs from the glaciers.

This is the roof of the world, where important rivers start which begin and flow into China, India, Bangladesh or Pakistan and all large river deltas in this region.

There are three atomic powers (China, India, Pakistan) next to each other with territorial disputes and little trade or substantive steps towards reconciliation. The glaciers are projected to start melting; the past few decades have seen an increase of 2-4 degrees Celsius in temperatures, resulting in floods and expected water shortage for millions.

The philosophy of His Holiness the Gyalwang Drukpa rests on these beliefs:

His Holiness the Gyalwang Drukpa has shown us that peace needs humanity, reconciliation, fairness, human rights, and a maximum for respect in a diverse world.